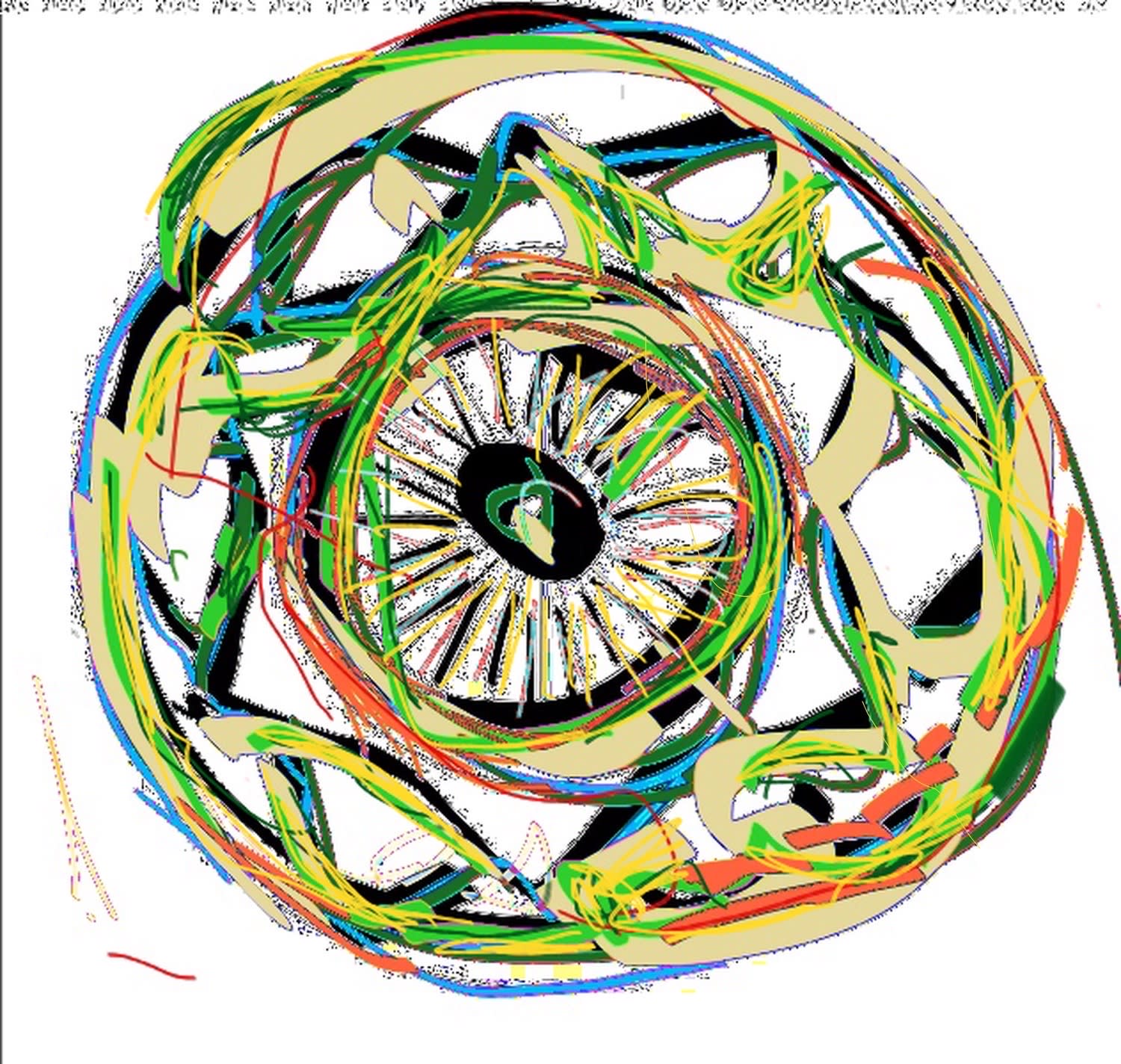 Serial Art - I frequently create more than one piece and do it in a series ranging from 3 pieces to over a hundred pieces as well as continuing series.  I started 2021 with a series based on the Bach composition "The Goldberg Variations" which has long been one of my favorite pieces - I sometimes loop it and play it for hours in the studio, which can be quite hypnotic.  As a series I was interested in the structure of the whole piece - A foundational "aria" followed by 30 variations and a reprise of the initial aria.  I used a new technique I call "digital combines" where I use materials I have made in the studio - finished paintings , pastels monoprints as well as used "found" objects that were also part of creating.  In addition to that I started to use old monoprint plates, as well as new painted Mylar sheets ( painted with oil as well as alcohol inks) mylar plates created as part of Solar Prints.

The Goldberg series is now well over 300 pieces with no end in site.  Next I did a series inspired by Wagner's Parifal.  All of those are viewable under the Digital Combine section of this site.

Genji Monogatari - another large series , currently about 30 pieces which will end up with 54 pieces - one for each chapter of the world's first novel - the Tale of Genji ( Genji Monogatari) - all these pieces are digital combines created with a combination of several pastel paintings and 2 Mylar sheets painted with Alcohol Ink- arranged , photographed and edited digitally.

Most recently I have done 4 series relating in one way or another to the Atomic Bomb.

The Trinity Series - as the name suggests has 3 Parts, Los Alamos - the site of the first tests in New Mexico - posted on the 76th  anniversary of that on July 16.  That is followed by Hiroshima and Nagasaki a week later.  The final series is Ghost in the Machine - based on the ideas of Arthur Koestler in his book of the same name whose main focus is the " movement of mankind towards self destruction, particularly in the nuclear arms race.  The six pieces in the series also are titled with one of the six "flavors" of Quarks ) Top, Bottom, Up, Down, Strange and Charm.

The presence of this badge signifies that this business has officially registered with the Art Storefronts Organization and has an established track record of selling art.

It also means that buyers can trust that they are buying from a legitimate business. Art sellers that conduct fraudulent activity or that receive numerous complaints from buyers will have this badge revoked. If you would like to file a complaint about this seller, please do so here.

This website provides a secure checkout with SSL encryption.

Your cart is currently empty.

This is only visible to you because you are logged in and are authorized to manage this website. This message is not visible to other website visitors.

Below, select which favorite lists you would like to save this product into.

Enter your email below and we'll email you a 20% OFF Coupon right now!

This offer is valid for NEW CUSTOMERS only!